iSolution is dedicated to 100% customer satisfaction. Our highly trained technicians have spent countless hours bringing customers iPhone X back to life. This experience ensures that your iPhone X gets the best possible care that it deserves. Get your iPhone X repaired in Surat.

***Dent repairs that impede the screen from sitting and cause technical problems with repairing your device are an additional per corner. Bend repair to the frames will be priced accordingly in person depending on the severity of the bend. Dent and Bend repairs are not cosmetic repairs. 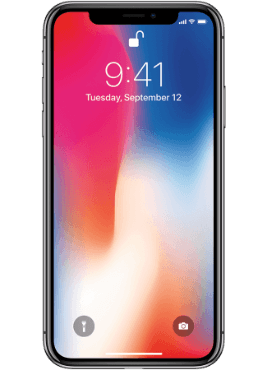 iSolution is a customer satisfaction driven company. We are just regular people helping regular people. Every single screw goes back to where it came from. The way it should be.

iPhone XS and iPhone XS MAX, (stylized as iPhone XS and iPhone XS MAX, Roman numeral “X” pronounced “ten”) are smartphones designed, developed and marketed by Apple Inc. They are the twelfth-generation flagships of the iPhone, succeeding the iPhone X. They were announced on September 12, 2018 alongside the lower-priced iPhone XR at the Steve Jobs Theater in Apple Park, Cupertino by Apple CEO Tim Cook, with pre-orders beginning September 14, 2018 and official release on September 21, 2018

The XS has a design visually near-identical to the X but includes upgraded hardware, featuring the A12 Bionic chip built with a 7 nanometer process. It also features a 5.85-inch (149 mm) OLED display and contains dual 12-megapixel rear cameras and one 7-megapixel front-facing camera. The XS Max features the same hardware and cameras, but has a larger 6.46-inch (164 mm) OLED display and battery (3,174mAh). It was also noted by the media that the XS received a smaller battery than that of the X (dropping to 2,658 mAh from 2,716 mAh). The XS’ battery is a new single-cell L-shaped battery, while the iPhone XS Max battery remains two cells like the iPhone X. Apple claims that the devices have faster Face ID technology.

The XS and XS Max are rated IP68 for dust and water resistance under IEC standard 60529, with Apple specifying a maximum depth of 2 meters and up to 30 minutes of submersion in water. This is an improvement over the IP67 water resistance of the iPhone 8 and X. Apple has performed tests in various liquids including chlorinated water, salt water, tea, wine, beer and juices.

Unlike the XR, both iPhone XS devices have optical zoom.

The wireless charging coil is now made of copper to reduce charging time and power loss.

Because the screen, which is very different from iPhones before, apps needed to be updated so that it fills the entire screen. There are changes such as rounded corners, sensor “notch” at the top of the screen, and a sign for going to the home screen. Apple published a “Human Interface Guidelines” document for explaining and discouraged app makers from attempting to hide the changes.

Since there is no home button, it uses swipes and gestures instead, like swiping up to go to the home screen.

The iPhone XS is also known to have poor battery life. The battery on the iPhone XS can be changed in less than 60 minutes.

iSolution also is easily able to replace the dock connector on the iPhone XS. If your iPhone XS has any issue pertaining to that listed above, this is the repair you’ll need.

If your iPhone XS Camera doesn’t open, has spots, or is blurry you may need a new camera, we can fix that as well. Bring it in, so we can diagnose it, and if we can fix it, we’ll have you in and out ASAP.

Contact us today, so we can fix it and get your iPhone XS fixed!