iSolution is dedicated to 100% customer satisfaction. Our highly trained technicians have spent countless hours bringing customers iPhone XR back to life. This experience ensures that your iPhone XR gets the best possible care that it deserves. Get your iPhone XR repaired in Surat.

***Dent repairs that impede the screen from sitting and cause technical problems with repairing your device are an additional per corner. Bend repair to the frames will be priced accordingly in person depending on the severity of the bend. Dent and Bend repairs are not cosmetic repairs. 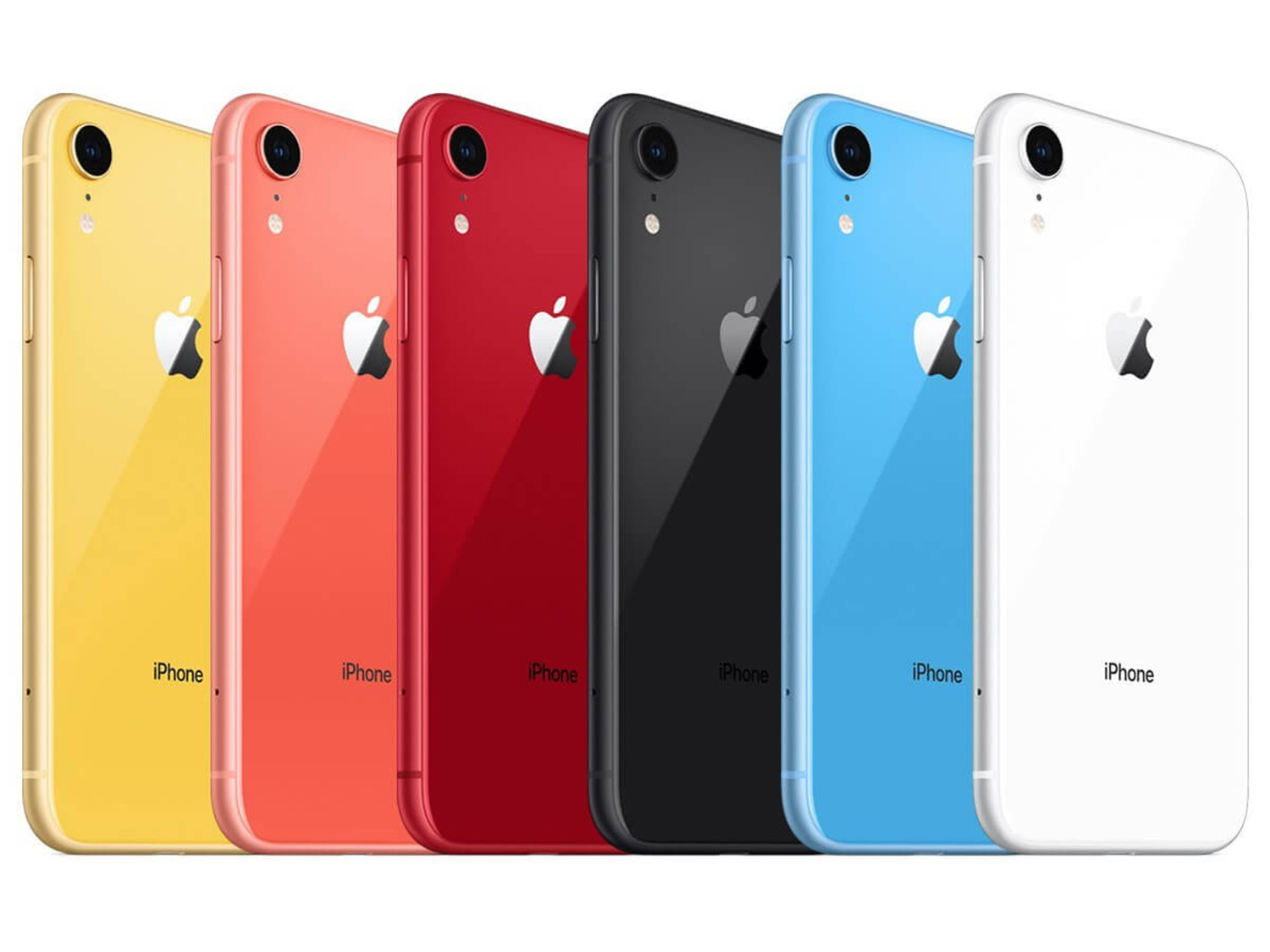 iSolution is a customer satisfaction driven company. We are just regular people helping regular people. Every single screw goes back to where it came from. The way it should be.

iPhone XR (Stylized as iPhone Xr, Roman numeral “X” pronounced “ten”) is a smartphone designed and manufactured by Apple, Inc. It is the twelfth generation of the iPhone. It was announced by Phil Schiller on September 12, 2018, at Steve Jobs Theater in the Apple Park campus, alongside the higher-priced iPhone XS and iPhone XS Max. Pre-orders began on October 19, 2018, with an official release on October 26, 2018.

The phone has a 6.1-inch “Liquid Retina” LCD display, which Apple claims is the “most advanced and color accurate in the industry.” It is the least expensive device in Apple’s iPhone X line of devices, with a starting price of $749 in the United States, $1029 in Canada, £749 in the United Kingdom, €849 in the Eurozone countries, and 6499 yuan in China. It features the same processor as the XS and XS Max, the Apple A12 Bionic chip built with a 7 nanometer process, which Apple claims to be the “smartest and most powerful chip” ever put into a smartphone.

It is available in six colors: black, white, blue, yellow, coral (a shade of pink and orange), and Product Red. The XR is available in three storage capacities: 64GB, 128GB, and 256GB. It is the second iPhone to be released in yellow and blue, the first being the iPhone 5C in 2013.

Internationally, the phone supports dual SIMs through a Nano-SIM and an eSIM. In mainland China, Hong Kong and Macau, dual Nano-SIM (in a single tray) is offered instead.

Despite receiving some criticism for its display, the XR received generally positive reviews from critics after its release. The XR is Apple’s best selling 2018 iPhone model. According to Apple, the XR battery lasts one-and-a-half hours longer than its direct predecessor, the iPhone 8 Plus.

The XR has a similar design to the iPhone X and iPhone XS. However, it has larger bezels, an aluminum frame, and is available in a wide variety of colors. Similar to other X-branded iPhones, all models come with a black front. The XR has an IP67 rating for dust and water resistance, which means it can be immersed in 1-meter deep water for 30 minutes.

The XR has similar hardware to the XS, but with some features removed to reduce the price. Instead of 3D Touch, the XR comes with Haptic Touch where the user long presses until they feel a vibration from the Taptic Engine. The XR also has an LCD display known as Liquid Retina instead of the OLED screen used on the X, XS and XS Max. The display on the XR has a resolution of 1792×828 pixels and a pixel density of 326 ppi compared with 458 ppi on other X-branded iPhones. The screen-to-body ratio of the XR is 79.3%, much higher than the 67.5% of the iPhone 8 Plus but still lower than most other phones in its price category. Unlike most other phones in the X-series, the XR ships with a single camera on the back on the phone, featuring the exact same main camera sensor on the XS and XS Max, utilizing a (1/2.55″) Sensor Size and 1.4μm Pixel Size. Unlike the XS, it does not have optical zoom, because of the single camera. DxOMark gave the camera on the iPhone XR a rating of 101, giving the title “Top-ranked single-lens phone.”

Despite the rear single-camera setup, a modified version of Portrait Mode is included. It works unaltered while using the TrueDepth front camera, but with the rear camera it attempts to calculate depth of field using a combination of the focus pixels on the image sensor and AI, resulting in more limitations including lower resolution depth data and subjects not being close enough due to the wide-angle lens being used instead of the missing telephoto lens. At present, only human faces can be recognized in the iOS camera app, however, third party camera apps including Halide are working to allow Portrait Mode to work on other subjects as well. Just like the iPhone XS and XS Max, the iPhone XR also offers an adjustable depth of field through software, allowing you to adjust the background bokeh after taking a photo.

The XR is shipped with iOS 12 installed out of the box. For reasons unknown, the XR received an updated version of iOS 12.1 one week after its initial release for devices that did not have the update installed prior.

Because the screen, which is very different from iPhones before, apps needed to be updated so that it fills the entire screen. There are changes such as rounded corners, sensor “notch” at the top of the screen, and a sign for going to the home screen. Apple published a “Human Interface Guidelines” document for explaining and discouraged app makers from attempting to hide the changes.

Since there is no home button, it uses swipes and gestures instead, like swiping up to go to the home screen.

The iPhone XR is also known to have poor battery life. The battery on the iPhone XR can be changed in less than 60 minutes.

iSolution also is easily able to replace the dock connector on the iPhone XR. If your iPhone XR has any issue pertaining to that listed above, this is the repair you’ll need.

If your iPhone XR Camera doesn’t open, has spots, or is blurry you may need a new camera, we can fix that as well. Bring it in so we can diagnose it, and if we can fix it, we’ll have you in and out ASAP.

Contact us today so we can fix it and get your iPhone XR fixed!