iSolutions is dedicated to 100% customer satisfaction. Our highly trained technicians have spent countless hours bringing customers iPhone 6s plus back to life. This experience ensures that you iPhone 6s plus gets the best possible care that it deserves. Get your iPhone 6s plus repaired in Surat today!

***Dent repairs that impede the screen from sitting and cause technical problems with repairing your device are an additional $10 per corner. Bend repair to the frames will be priced accordingly in person depending on the severity of the bend. Dent and Bend repairs are not cosmetic repairs. 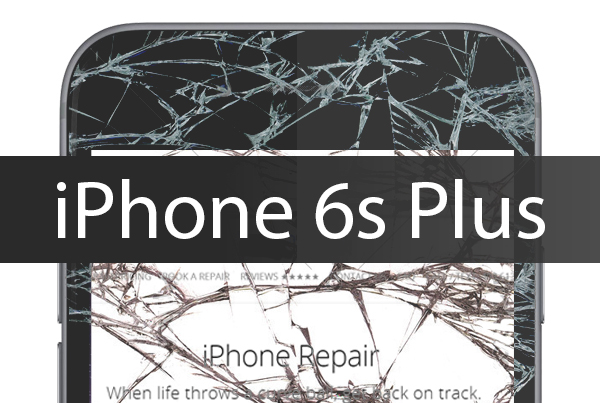 Professional iPhone 6s Plus screen replacement and iPad screen repair. If you’ve tried to fix your iPhone 6s plus + screen repair yourself but aren’t able to finish the job, we can help with that too. You break it, we fix it!

The iPhone 6S and iPhone 6S Plus are the performance versions over their respective predecessors, featuring improved hardware specifications, including 3D Touch, a force-sensitive touchscreen; upgraded rear-facing and front-facing cameras; a faster processor; a new chassis made of a stronger 7000 series aluminum alloy; second-generation fingerprint recognition Touch ID; improved LTE and Wi-Fi connectivity; and a new rose gold finish in addition to the space gray, silver, and gold finishes found on the previous models, while maintaining an identical design. The devices ship with iOS 9 preinstalled.

The iPhone 6S and 6S Plus set a new first-weekend sales record, selling 13 million models, up from 10 million for the iPhone 6 and 6 Plus in the previous year.

The parts across for these models are the same and most repairs can be fixed within an hour. iSolution offers iPhone 6s Plus screen replacements Surat in just 45 minutes using High Grade LCDs and flex cables.

iSolution also is easily able to replace the dock connector on the iPhone 6s Plus in about 35 minutes. The Dock Connector on the 6s Plus is the same component that regulates the charging, the Touch ID sensor, and the headphone jack. If your iPhone 6s Plus has any issue pertaining to that listed above, this is the repair you’ll need.